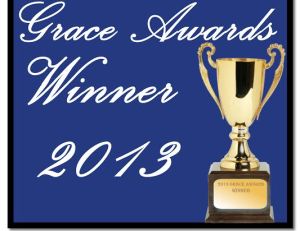 The Grace Awards, a reader driven awards and the most democratic awards in Christian fiction, now in its fourth year, is very proud to announce its 2013 WINNERS. This year we had an array of widely diverse judges (multi-published authors, first time published authors, writers who specialize in areas of publishing other than fiction, a pastor, and in YA for the second year we had a youth expert who has an extremely popular family and educational blog).

In addition, we’ve tried to use, if you will, a separation of powers in choosing our winners. Readers nominated (via email) the finalists in six categories. After the nominations were counted, finaling titles were given to our judging teams. From that point on there was no contact between the judging teams and the Chair of the Board, except for administrative issues. The teams independently picked winners. Each step in the process was removed and separated from the next step, to insure impartiality.

We are thrilled that our winners include self-published works, titles from small houses, as well as from moderate and large traditional houses. Our aim was to be an egalitarian award, and we believe we’ve accomplished this. 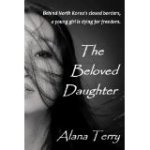 In THE BELOVED DAUGHTER, Alana Terry presents Chung-Cha, a young woman who is interred in one of North Korea’s notorious prison camps because of her family’s faith. In this meticulously researched novel, Terry gives readers everything a good novel should—a gripping story, an uplifting theme, encouragement in their own faith and exquisite writing—a story too real to be a simple novel. This tale sweeps us into a world of inhumanity in a geographic area largely ignored by the world. North Korea does everything in its power to destroy those who dissent from their “Beloved Leader.” Chung-Cha’s faith is tested and almost destroyed because of the brutality she faces. Throughout the book, the reader is awakened to the truth behind this dictatorship, yet hope always arises. The struggles the characters face show us the faithfulness of God; remind us that although our lives are hard, others have sacrificed everything for it. It imbues us with the courage the characters displayed. The ending could not be predicted and seamlessly offered a resolution both satisfying and heart rending. THE BELOVED DAUGHTER will leave you breathless. ~~ Judges: Deborah Kinnard (Team Leader), Christine Lindsay, Carol McClain 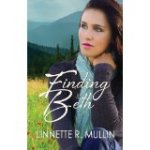 When Beth Gallagher runs out of gas on a lonely highway, a door opens to her future before she’s entirely closed one on the past, and the past refuses to let go peacefully. FINDING BETH is both a suspenseful and layered romance with subplots that fill out the story without overwhelming it. Even while watching the hero and heroine fall for each other, there was enough emotional tension and suspension of certainty to keep hanging on to find out how it would happen and how they would overcome their major obstacles. Characters felt real and individual, and story twists built to a powerful dark moment for the main character. The reader will appreciated the way the author handled the thematic depth of the story and what happened in that dark moment. FINDING BETH deals with abuse on all levels — emotional, physical, and spiritual — and the scenes and character’s reactions rang true. While this is Christian fiction, the author pulled back in places that might have become too “preachy” and allowed events to unfold naturally, not offering total solutions, but the reality that the characters would continue to have to work out their faith. Some of the characters were left at the end still trying to overcome their issues, which was good. So often novels with such heavy themes give us the problems sewn up too easily. In FINDING BETH, we’re shown characters heading in the right direction and characters whose lives, like our own, are works-in-progress. As to the story’s main conflict, the antagonist was absolutely heinous! The author did a terrific job of describing the most intense and vicious  scene with just enough description to make us feel the heroine’s horror, and yet she used enough discretion to keep it readable. This is a very good romance, with well-fleshed characters and deep themes that lovers of women’s fiction will also appreciate. ~~ Judges: Naomi Musch (Team Leader), Joy Ross Davis, Betty Thomason Owens 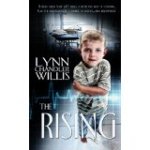 A young boy has been beaten to death, the extreme violence troubling homicide detective Ellie Saunders. When he suddenly comes back to life – a seeming miracle which Ellie is unable to accept on a spiritual level – the need to find the “killer” becomes desperate. Because the boy also can’t remember anything about himself. What if his parents did this to him? Ellie is desperate to uncover the boy’s past while making sure the one who assaulted him receives justice. The clues are minimal leading first one direction then another. To complicate matters, Ellie get assigned a new partner – Jesse Alvarez, someone with whom she has a history she’d rather forget. Jesse seems determined to protect Ellie and help figure out who is responsible for the little boy’s “death.” Much to Ellie’s irritation, Jesse accepts that the boy coming back to life is a God-thing. Ms. Willis keeps the pacing in this story flowing at a fast clip. The spiritual matters—ranging from believing in God to believing in miracles—are handled in a realistic, credible way. Though Ellie is the child of a minister, her doubts are authentic. She spends work time dealing strictly in facts but when it comes to dealing with family she’s at a loss in regards to her emotions. The reader is hooked on caring both for Ellie’s personal struggles as well as rooting for justice for the little boy. The whole story wraps up with a satisfying and convincing ending that lets the reader choose what to accept as explanation for the boy’s rejuvenation. The author presents relevant, contemporary issues in a non-preachy, non-offensive manner, giving both spiritual and worldly viewpoints and allowing the reader to examine his or her faith to form an opinion. The mystery is well-written, developed at a tempo consistent with romantic suspense. Overall, an enjoyable read! ~~ Judges: Tammy Doherty (Team Leader), Debra Marvin,  Peggy Blann Phifer 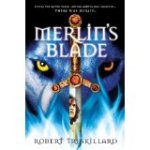 MERLIN’S BLADE by Robert Treskillard is a fresh and welcomed retelling of the Merlin\Arthur story. Mr. Treskillard has done his research on the time period and it shows in wonderful detail. There is humor, romance, heroism, and a touch of the poetic. His Merlin is more approachable and human, as well as a bit less mystical than in other retellings. The author’s approach is refreshing and the ending leaves the door open for further exploration. ~~ Judges: Tracy Krauss (Team Leader), Tim Akers, DeEtte Beckstead Anderton 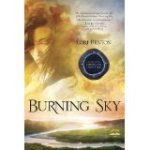 BURNING SKY by Lori Benton is a captivating historical epic novel. The characters, even the secondary and minor ones, feel believable and authentic to the post-Revolutionary War period. Many of whom bear deep and painful scars due to the brutal battles on the frontier, with both the British and Americans having committed atrocities. Ms. Benton moves the characters from one element of the story to the next with great skill. The author did a superb job when Burning Sky, who had been captured by northern New York State tribes, returns home to her family’s cabin and transitions back to thinking and speaking more and more in English as she tries to resume her former identity as Willa Obenchein. Neil MacGregor and Joseph Tames His Horse, two very different men, with dissimilar strengths, both devout Christians, vie for the love of Willa/Burning Sky. The author does a marvelous job keeping the reader guessing how this love-triangle will turn out. The villains are not stereotypes, but rather are well fleshed out. One of them skillfully and horrifically manipulates events. While his younger brother, who has developmental challenges, is a touching character crafted with depth. ~~ Judges: Nike Chillemi (Team Leader), Kenneth G. Winters, Catherine West 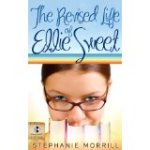 THE REVISED LIFE OF ELLIE SWEET by Stephanie Morrill is delightful and engaging. The characters are fresh and well-developed to the point the judges became invested in their lives and wanted to continue reading to see how their story would end. Ellie Sweet is a teenager who turns to writing in order to express her feelings when she feels like an outsider. She weaves a fictional world that contains bits and pieces of her real-life struggles. With this creative outlet, she feels empowered and not so alone. ~~ Judges: Marcy Dyer (Team Leader), Deborah K. Anderson, Aileen Stewart

37 thoughts on “Grace Awards 2013 Winners ~ In Faith Based Fiction”